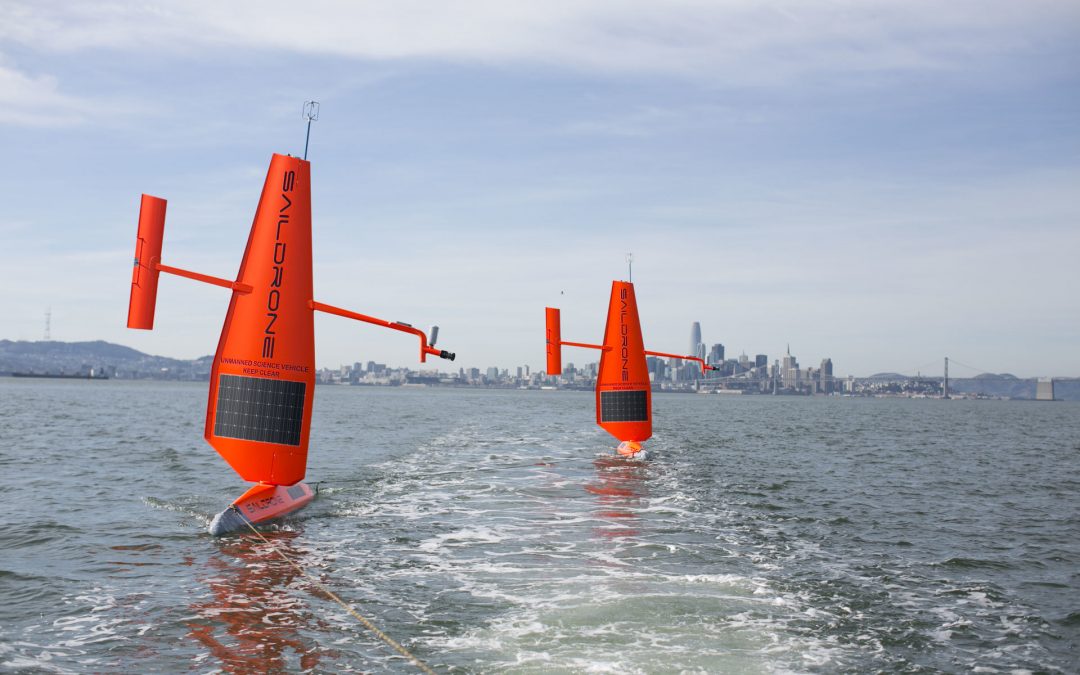 For ten years, from 1999 to 2009, Saildrone founder Richard Jenkins lived in his van and worked in attempt to build a land-sailing vehicle that would beat the existing world speed record 116.7 mph. At the end of that period, the design that he had spent years perfecting achieved that goal by hitting a top speed of 126.1 mph and squarely disposing of the old standard.

Jenkins’ second act involved using insights gained from the design process to create an unmanned sailing drone capable of collecting research data that would be difficult to impossibly for a conventional sailing vessel to obtain—and even then at a small fraction of the cost. (A thousand Saildrones could be deployed for less than the cost of a single NOAA research ship.)

In 2018, Saildrones are being used to study ocean wildlife, water quality, and even mineral resources. It’s a fascinating development, and one that truly promises to make the world a better place. Click through to the article on Bloomberg Businessweek below to read more!

The Most Effective Path To Success

Coaches click here to get you and your swimmers the most comprehensive underwater-video coaching tool available. Your journey to video teaching begins now!

Cory Poe
21:03 11 Dec 19
The Argo team is an absolute pleasure to work with. They're thorough in their service, film with enthusiasm, and respond quickly to customer concerns. I recommend them to any club looking to integrate over/underwater film into an existing practice routine.read more
Steven Haufler
20:40 26 Nov 19
I want to tell you how happy we are with Argo Swim Video. The video quality is excellent and I have reviewed every swimmer's original video with them, above and below water, with impressive results. Now, I am almost finished viewing all the videos with the Argo Swim coach analysis. I find the reviews positive, concise and relevant. The technical recommendations are right on the mark. The use of the lines, arrows and circle graphics are interesting and instructive. I also like the way the reviewers use the swimmers name...a nice personal touch.One of the woman reviewers has such a sweet and positive tone with my young swimmers that it is a pleasure to hear her comments, for the swimmers and coach alike.I am very interested in planning our next session with Argo Swim Video.read more
Olivia May
01:14 26 Nov 19
As a Swim Coach, Argo has provided a tool to better understand the strokes of my swimmers. I have learned to better articulate corrections and improvements as well as understand imbalances in strength and coordination. Whether it is a group of swimmers or working individually with the athlete, the quality and perspective of the videos are captivating. These videos have elevated the swimming experience for my swimmers as well as myself, while providing a timeline of improvement over the course of the season.read more
Jeremy Kline
22:11 25 Nov 19
It's been a pleasure to work with Argo Video for a year now. They utilize time well, with a great product and with great people working for them. If there is a mix up of any kind they are super responsive and accommodating. I would recommend utilizing what they bring to the table to any team or person out there that is looking for a tool that can help enhance their skill development in the water! Keep it up!read more
Josh McCall
19:25 25 Nov 19
Argo has filmed our swimmers several times. It’s always a pleasure to see how much my kids love seeing both the raw video and the expert teaching videos. They definitely swim better as a result. Super service. Every swimmer needs this tool!read more
David Ferraris
19:08 23 Jan 19
Brad is a pleasure to work with, while the underwater swim video he & his team produce is absolutely stunning. These kids (& coaches) are getting an unparalleled perspective of their own swim form that will benefit them for years to come.read more
Suzanne Blanken
10:24 22 Oct 18
Brad from ARGO Swim Video does an amazing job filming my swimmers! We see progress every time they get filmed!! Price cannot be beat for the clear and amazing quality your getting and it’s a great company to work with!!! Thanks Brad, hope to see you back in 2019!!read more
Craig Behrin
01:17 10 Oct 18
Argo swim video is the cat’s pajamas! The whole process really helps your li’l tadpole engage. Besides being lightning-fast, the video quality is top notch. They also offer great service and the price point can’t be beat! If your a swim parent, I cannot recommend this service enough! Bravo Argo!read more
Ross Exler
23:15 09 Oct 18
Highly recommended service. My kid’s coaches wanted to use Argo Swim Video, and I’m so glad they did. The coaches and swimmers loved it - crystal clear video, great engagement from the swimmers, great service. I loved getting to watch my kids on video and having the video on my phone. The pricing was excellent too. I’m sure that it’ll result in faster times for the kids and that we’ll be using the service again soon. Thanks Argo!read more
Cara O'Conner
23:14 09 Oct 18
Just loved the video of my son. It's incredible how clearly you can see his technique under water. I'm sure his coach will love this tool to fine tune his technique. Many thanks, Brad. You rock!Cararead more
Debra Burns
21:51 09 Oct 18
This is my son’s first swim video and we both find it to be very insightful and helpful. We see things in his strokes that we didn’t realize he was doing (or not doing whatever the case may be). This video seems to be very useful in helping to refine and improve his strokes and overall technique. Very helpful and well shot. Thank you!read more
Kelly Mitchell
23:08 05 Oct 18
Amazing company, and a wonderful people to work with. The videos have created a fun and visual learning method. Highly recommended!!!
Deborah List
00:00 05 Oct 18
Thanks for your expertise Argo- our swimmers have improved from their videos!
Next Reviews
Write A Review