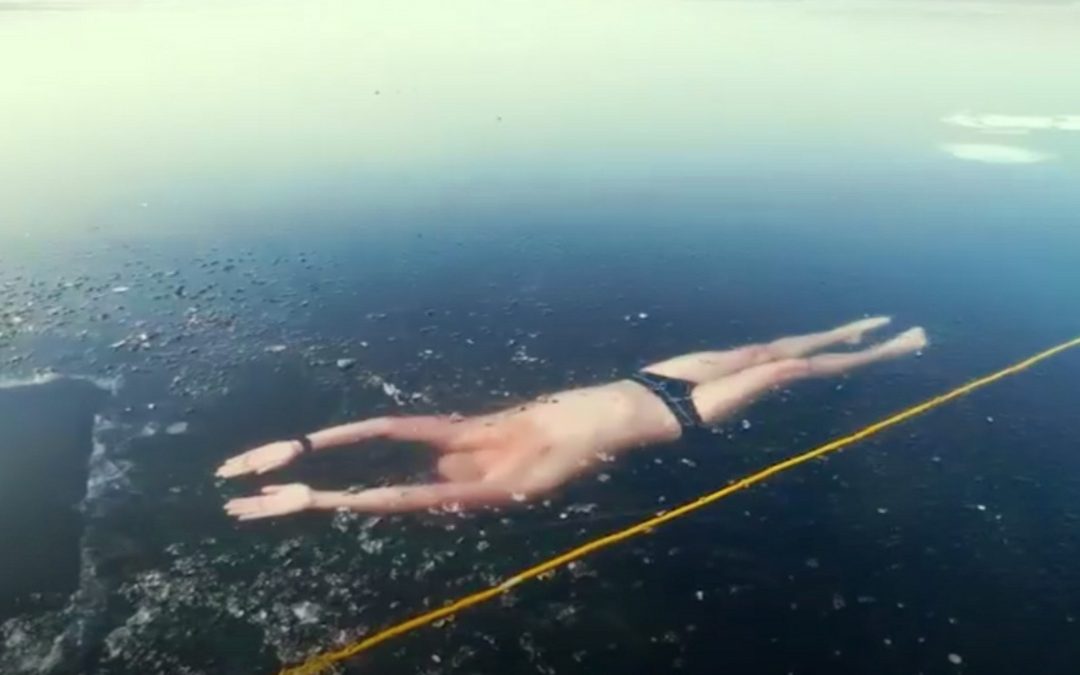 We recently saw a video on Weather.com about a freediver swimming under transparent lake ice in the Czech Republic. It’s a beautiful video, and it sent us on a quick search for similar clips on YouTube. While the water and ice isn’t as clear, we think this video of Stig Severinsen going 236 feet under ice was purely amazing. The dive set a Guinness World Record for the longest freedive under ice. And he did it with no thermal protection. Check it out!

Two years after the astounding feat relayed in the video above, Severinsen set a world record with a 22-minute breath hold—which he accomplished in water cooled to 30° F. A year later, he beat his own freedive-under-ice record by going 250 on a single breath. That feat was his last record attempt. However, Severinsen still continues his related work with Breatheology, his company that provides breathing training incorporating freediving and yoga techniques. The promise of the method is that it enables a person to control stress, increase energy, perform better physically and mentally, alleviate pain, and improve health.

While on the subject of freediving under ice videos, we thought the following clip from Morrison Quarry in Quebec, Canada is pretty awesome, as well!

That’s all pretty amazing, but we think for now we’ll stick to pools for our video shoots!